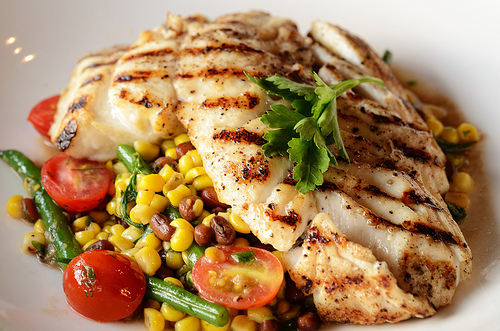 Undoubtedly, eating fish is healthy. The nutrients that the fish provides in the body are quite important as far as health is concerned. However, the principle of “too much of something” applies if you take an excess of the fish into your body. The body’s mechanism does have a means of keeping a limited amount of the nutrients in the body. The government, together with the health practitioners proposes a certain level of nutrients into our body. The following are some of the impacts of eating the fish daily, or on a frequent basis.

The rise in blood pressure

Eating fish daily will cause a rise in the blood pressure. Some of the fish contains some level of fats and cholesterol. When these fats are in excess, they accumulate in the body. When these fats and cholesterol are deposited on the blood vessels, they narrow the size of the vessel. The blood content in the vessels remains constant while the space in which the blood is flowing remains unchanged. The lower volume generates a high pressure of the blood being transported to the rest of the body.

As for environmental issues, the impact is thornier. Eating fish daily will translate to sourcing more of it from their aquatic environment. It will mean that fishers will bring more fishes to the catering department. As a result, there will be an imbalance in the ecosystem. The food for the fish will increase in the sea causing a rise in the planktons. The ocean will get more vegetative causing ineffective light penetration into the deeper plants. Overall, the ecosystem will be destabilized. Additionally, there is probably not enough of the fish in the seas and oceans for everyone to have a bite every day. If that happens, scientists suggest that we could empty the seas and oceans by the time 2050 hits.

Although there exists some expert who finds no harm in taking the fish daily, there is a group that should be bothered by the daily intake of fish. For instance, the pregnant women should avoid some species of fish for daily consumption. Some fish like tuna will tend to accumulate some toxins like mercury in the body. Mercury is hazardous for developing a fetus. Generally, it is not healthy for developing children. Mercury can cause some neurological effects. It also causes some problems in concentrating.

Mercury and other contaminants impact

The impact of mercury in fish can be detrimental. The heavy amount of mercury is detrimental in that it causes a nerve imbalance. According to Eric Rimm, an expert in fitness and diet the director of cardiovascular epidemiology at Harvard, eating fish daily causes an equal increase in the level of mercury. He presented a survey and finally a report that associated fish with neurological problems. He says that people from a certain region that depends heavily on fish are associated with problems like dizziness and impaired concentration. These people were said to be taking fish twice a day, hence causing an increase in the level of mercury. It is suspected that the same mercury caused the impacts of dizziness and concentration, a cue that brain might be affected in the long run.

Other contaminants present in the fish include dioxins and PCBs. These contaminants are said to cause some cancers when their levels become higher. They are also detrimental to the reproductive system.

The government has some dietary guidelines concerning the eating of fish. It recommends that one eat fish at least twice a week. Aware that fish contains omega 3 fatty acids, it is important to check the level of nutrients the fish accords. The omega 3 fatty acids benefit both the brain and the heart

Eating fish is healthy but taking it in an excessive amount is not as healthy you would believe. Taking fish regularly has some negative impacts as portrayed in the discussion above. When you eat too much of the fish, chances are that you are accumulating mercury into your body system.

Overall, we are only left with a considerable choice for regulating the level of intake of these elements and nutrients. It will only take discipline for you to take the right things incorrect amounts into your body to avoid the long-term negative impacts.